EnRoute is a Microsoft Access database application which enables teachers to manage Routemap assessments and share judgements about learners’ achievements on the Routes for Learning (RfL) Routemap.   It facilitates recording of evidence (including linked video, image or document files) to show how learners with profound and multiple learning difficulties are succeeding on the Routemap.   It also aims to enhance shared understanding of early development and encourage consistency across a school in relation to using Routes for Learning.

Below is a brief summary of the main features of EnRoute: 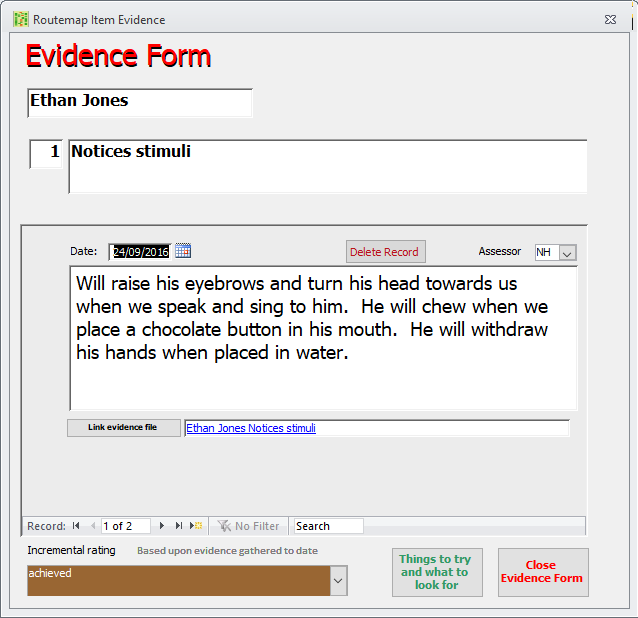 An example of evidence recorded for RfL Box 1.  A link to a video clip has been added.  A second piece of evidence has also been recorded. The evidence overall has been given an incremental  rating of ‘achieved’ . 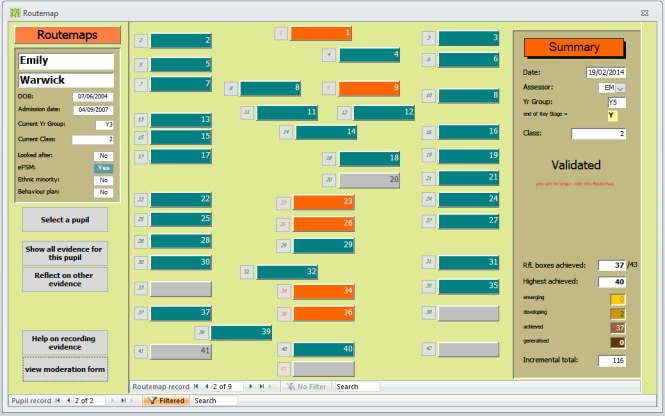 An example of a Routemap record which has been ‘validated’ by moderation. 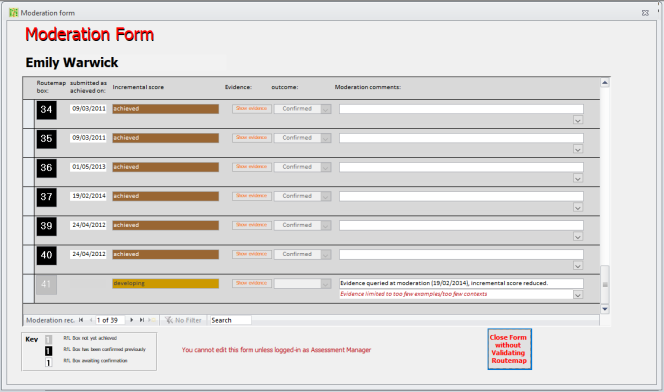 An example of a moderation form. The judgement for RfL Box 41 has been queried while other  RfL Boxes are confirmed.

Summative use of data 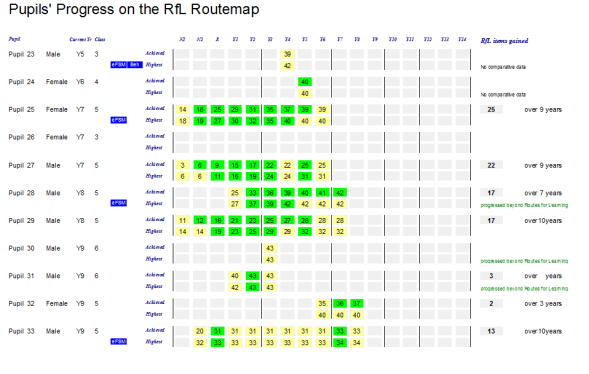 EnRoute is available at a price of £90.